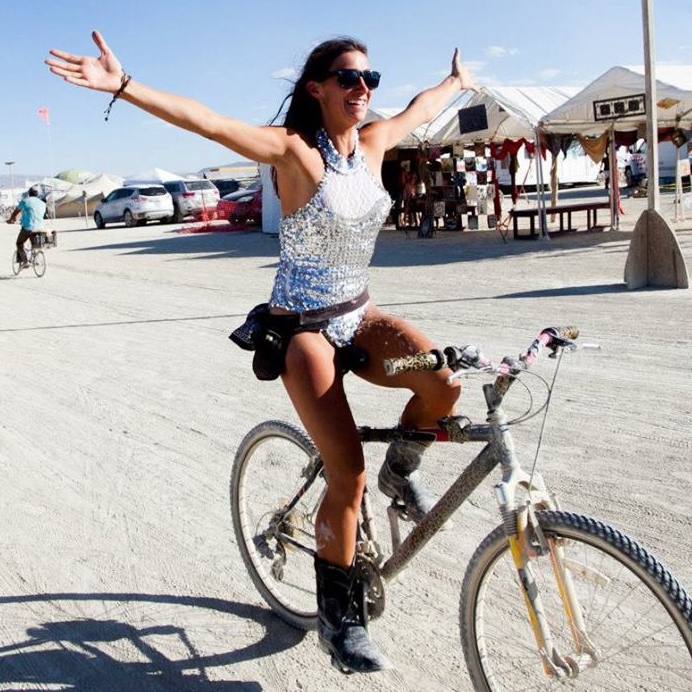 Following an epic Italian party mission and meeting some of the
pioneers of the modern disco scene, Chrissy was inspired to step off
her path of being a professional actor and return to her true musical
routes. It was an exciting first year for Chrissy with gigs at
Glastonbury, Secret Garden Party and Meadows in the Mountains festival
in Bulgaria. In London she has played many underground gigs at venues
like Passing Clouds and The Vaults as well as Pirate Radio Boat
Parties and Morning Glory events. She takes her listeners on a journey
from deep, minimal grooves to disco edits, indie dance and more
chilled out vibes. Chrissy has a deep love of funk and will always
seek out the funk in any musical style.

Playing many sunrise and lazy afternoon sets, Chrissy loves nothing
more than to take her listeners on a cosmic journey playing anything
from mellow, vintage tracks to music that sounds like the stars.