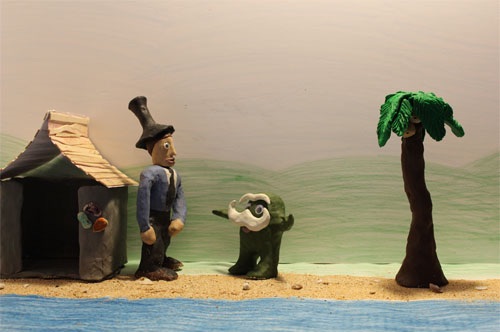 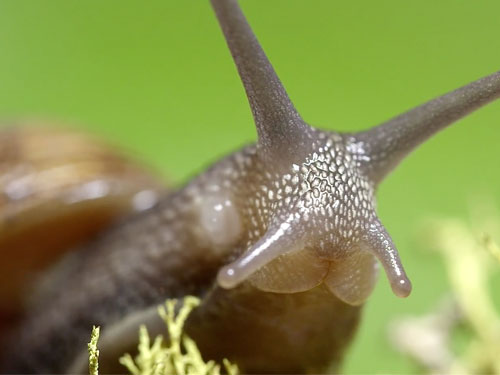 Alex Jones
KIDS
The “Curious Snail” showcases the beauty of a snails simple and small world. All 4K and 5K content is available for commercial licensing upon request. (2014, 1 min.)

Bernd Hezel, Ephraim Broschkowski
JUST FOR FUN/ENERGY AND CLIMATE CHANGE
What would Planet Earth post about humans on its profile? The Earth fast forwards through a virtual relationship with humans — but soon starts to ask itself whether it wants to be friends with a species that exploits its national resources and threatens animals and plants. (2014, 2 min.)

With a small internet café as his headquarters, Ramesh Agrawal organized indigenous people to demand their right to information and succeeded in shutting down one of the largest proposed coal mines in Chhattisgarh. (2014, 4 min) 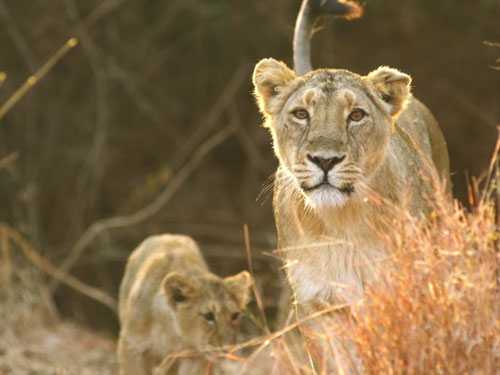 Roshan Patel
WILDLIFE
Pride explores the cultural relationship between residents of Gujarat, India and the last remaining population of Asiatic Lions in the world. With fewer than 50 lions in the wild at the turn of the 20th century, rural communities started working with the government to create a haven for this top predator and are successfully securing its place in the ecosystem. (2014, 15 min.)

A biologist by training, Rudi Putra is protecting the habitat of the critically endangered Sumatran rhino by dismantling illegal palm oil plantations that are destroying northern Sumatra’s Leuser Ecosystem. (2014, 4 min) 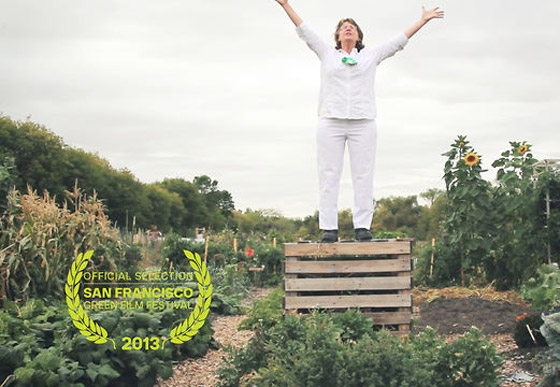 Christopher Paetkau, Trevor Gill
AGRICULTURE/FOOD
Let’s face it: composting isn’t the most glamorous of topics or activities. It can be dirty, rotten, and smelly. But it doesn’t have to be. Meet Linda Olsen – master composter. (Canada, 2012, 3 min) 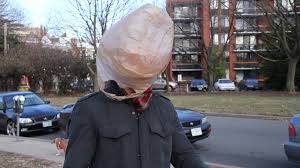 A Brief History of the 5cent Bag Tax

Craig Schattner, Adam Walker, Emil Superfin
SOCIAL JUSTICE/ACTIVISM
When your city is overflowing with plastic bags, how will you react? Jack Green, head of the Department of the Environment, is on a mission to rid the city of its plastic bag scourge. (USA, 2013, 2 min) 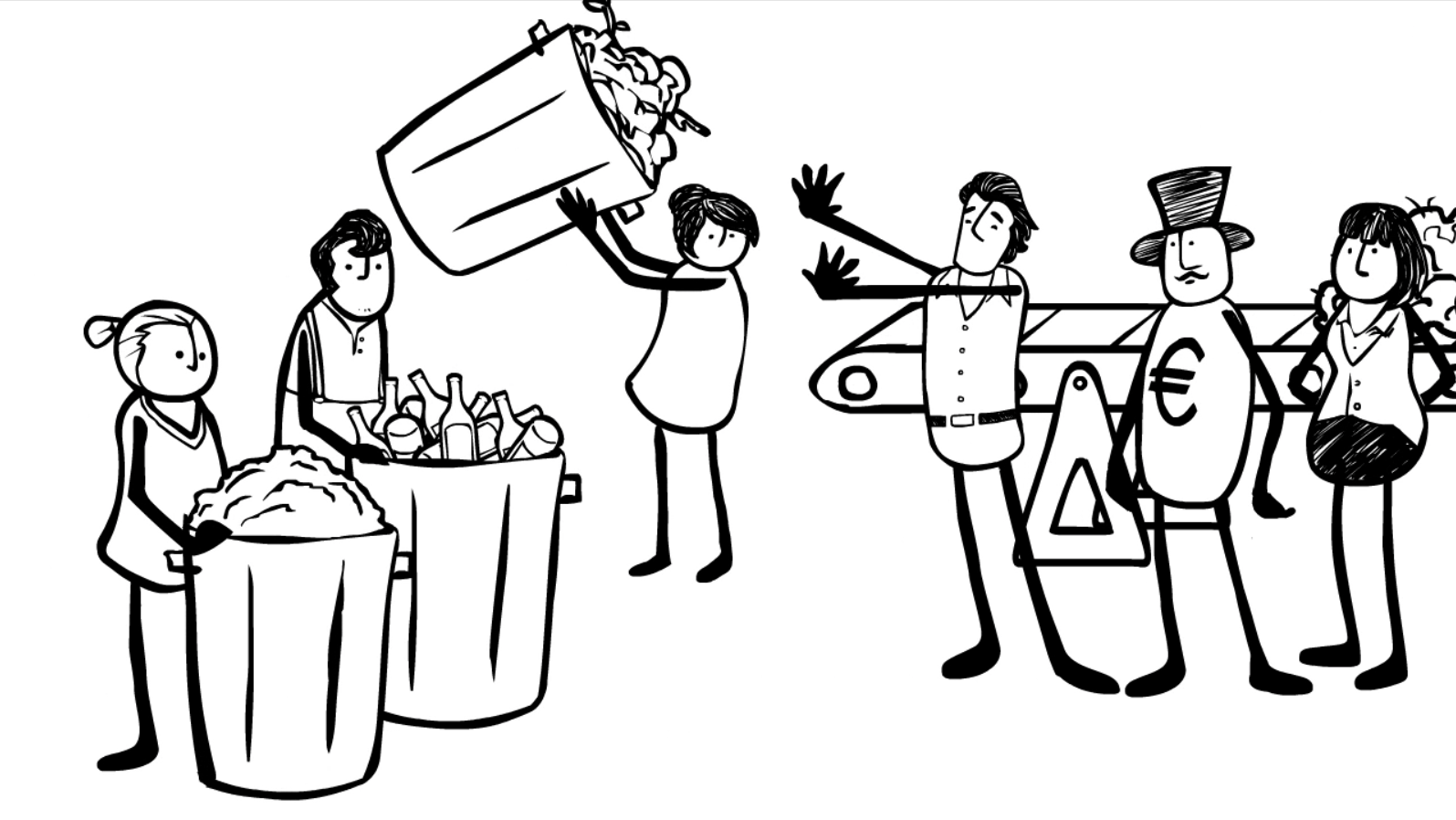 The Story of Solutions

Louis Fox, Erica Priggen, Annie Leonard, Jonah Sachs, Ruben DeLuna
SOCIAL JUSTICE/ACTIVISM
We’re told to cheer a growing economy – more roads, malls, and Stuff! – even though our health indicators are worsening, income inequality is growing, and polar icecaps are melting.
But what if the goal of our economy wasn’t more, but better – better health, better
jobs, and a better chance to survive on the planet? (USA, 2013, 9 min)

Harnessing the Sun to Keep the Lights on in India

Andrew Satter, Vrinda Manglik, Justin Guay
ENERGY AND CLIMATE CHANGE
More than 1 billion people throughout the world lack reliable access to electricity. Many live in sub-Saharan Africa and Asia. The costs—in terms of lost economic potential and personal health effects—are staggering. The Center for American Progress and Sierra Club
recently traveled to India to see firsthand how solar power is providing clean, affordable electricity in Uttar Pradesh, India’s most populous state—and one of its poorest. This video documentary explores how solar power has the potential to improve livelihoods, health, and the environment while avoiding the need for the costly grid expansion that is a distant reality for many. (2014, 8 min.) 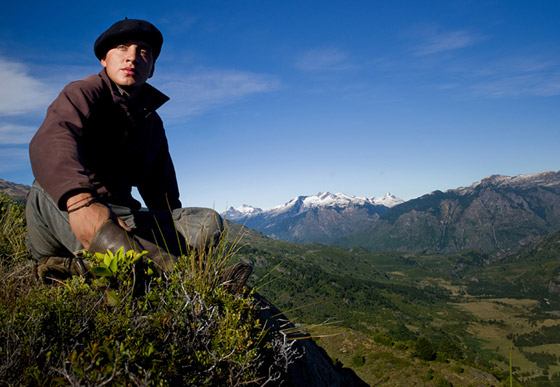 Bridget Besaw
AGRICULTURE/FOOD
Javier Vera is a third generation gaucho living in Patagonia, Chile – a region that has deteriorated significantly due to agricultural use by previous generations of gauchos. While maintaining a traditional lifestyle, Javier is one of many young locals working in conservation-based tourism initiatives across Patagonia that are serving as new models for conserving the region’s wild lands. (USA, 2013, 10 min) 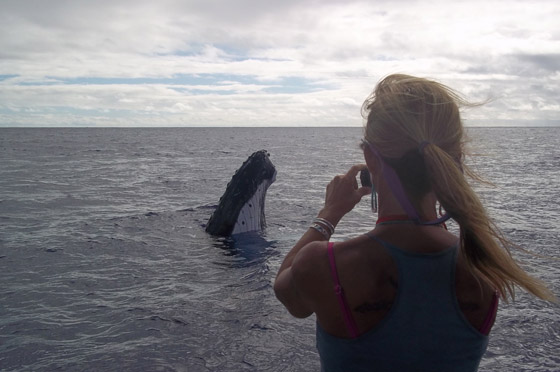 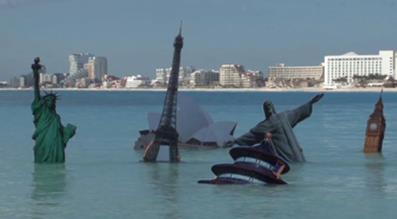 Slater Jewell-Kemker
ACTIVISM
An Inconvenient Youth captures the vibrant though under-reported story of the global youth climate movement. For too long, young people, the very people whose lives will be most affected by the consequences of climate change, have been condescended to or just plain ignored by governments, corporations, mainstream media and UN negotiators. (Canada, 2013, 11 min) 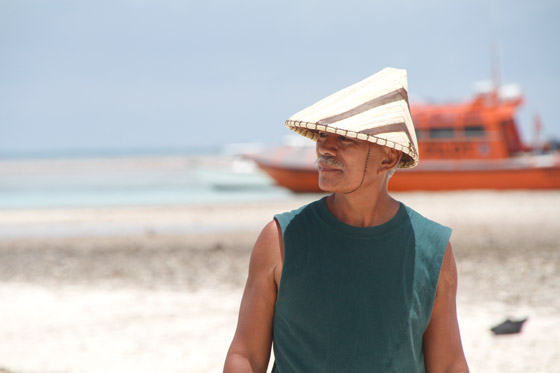 FISHING PONO: Living In Harmony With The Sea

Mary Lambert, Teresa Tico
WATER AND FISH CONSERVATION
Native Hawaiians on the island of Molokai use traditional conservation methods to restore their fishing grounds. This inspiring story celebrates local fisherman Mac Poepoe and how one community turned the tide on a seemingly doomed resource. (USA, 2013, 26 min) 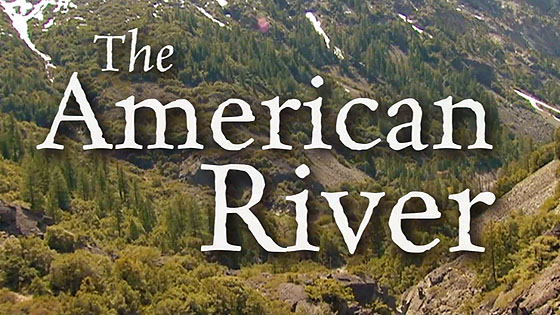 Who Rules the Earth?

Paul Steinberg, animated by 11 students at CalArts
CULTURAL
Who Rules the Earth? uses animation to bring to life the most important idea to emerge from the social sciences over the past century: how social rules shape our planet and our lives. Combining science, beauty, and activism within a compelling narrative, Who Rules the Earth? brings the audience on a discovery adventure quite
unlike any other. Written by Paul Steinberg, a professor of environmental politics at the Claremont Colleges and award- winning author, the film was animated by ten students from the California Institute of the Arts, each of whom offers a unique visual interpretation of this political coming-of-age story. Who Rules the Earth? is part of The Social Rules Project, a multi-media initiative involving over 100 students from six colleges in the Los Angeles area in an effort to inform and inspire. (USA, 2014, 10 min)

Abbey Luck, Pete Van Leeuwen
JUST FOR FUN
Told in an abstract and dreamy manner, this animated music video the viewer floats in and out through space around the lonely mountain, Elk Mountain, capturing the serenity and isolation inherent in nature. (USA, 2013, 2 min) 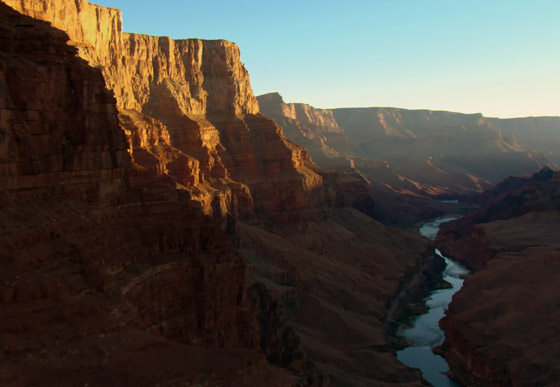 Pete McBride
WATER AND FISH CONSERVATION
The Colorado River runs 1,450 miles across seven states and two countries supplying water for 36 million people. It flowed to the sea for six million years but has not kissed the ocean since the late 1990s. (USA, 2013, 4 min) 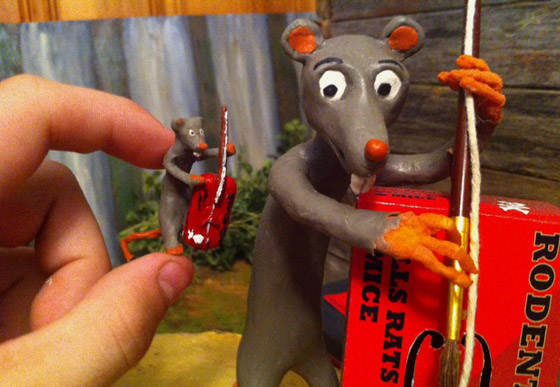 Ian Timothy
KID FILMS
A musical stop motion animation explaining the dangerous effects of rodenticides on birds of prey in a way that everyone can understand. (USA, 2013, 2 min) 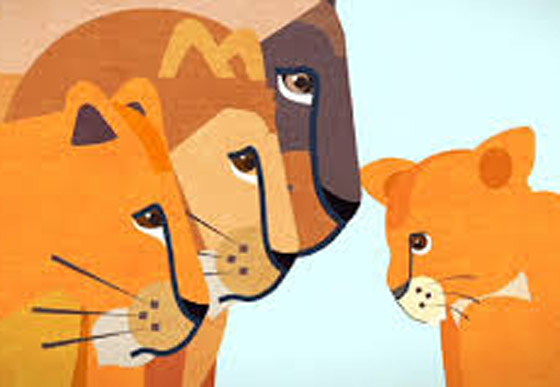 Maggie Rogers
KID FILMS
The Squeakiest Roar tells the story of a little lion called Bapoto. He is desperate to have a big, loud roar like his brothers and sisters, but every time he tries, Bapoto makes a very different sound. His roar is high and squeaky.
Saddened, Bapoto decides he will never roar again. Until one day he stumbles across an animal choir, who help Bapoto realize the beauty of his unique, squeaky roar. 1st Prize, for Best Animated Short Film at the Chicago International Children’s Film Festival, 2012. (England, 2010) 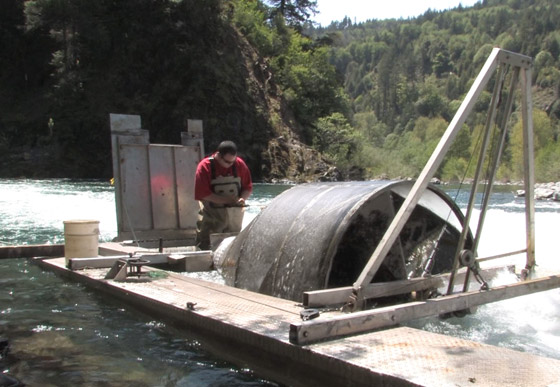 Fixing The Earth One Watershed at a Time

Thomas B. Dunklin
WATER AND FISH CONSERVATION
The Yurok Tribe’s Fisheries Program use ancient cultural ethics to manage and restore the Chinook and Coho salmon of the Klamath River. This film presents the historic context of the tribe’s struggle to affirm their fishing rights and to fully participate in the management Klamath fisheries today and into the future. (USA, 2013, 19 min) 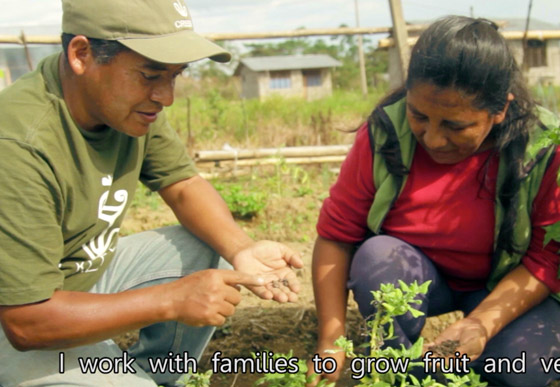 Dan Childs, Nick Werber
SOCIAL JUSTICE/ACTIVISM
Reynaldo lives in the Amazon Rainforest. He used to cut down trees and farm the land to survive. He learned the hard way that it was not a sustainable way to live. He saw his land turn barren and his crops die. Then he woke up. He changed the way he worked and began planting trees. Then he learned how to farm in balance with the forest. Now he travels all over the region helping others to do the same. Finally he
sees the true beauty in the forest and the message it has to offer. (UK/Peru, 2013, 6 min) 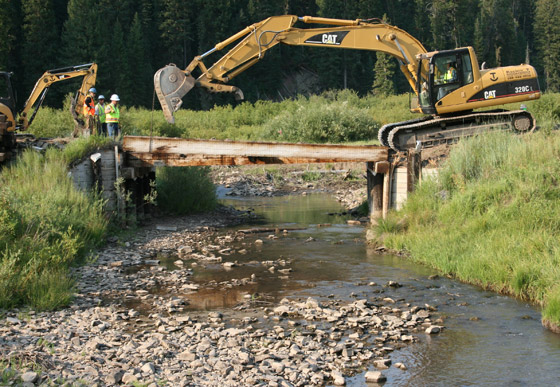 Kris Millgate
WATER AND FISH CONSERVATION
Watershed restoration. It’s evolving into more than just a water issue across the country. Walkways, wildlife, willows. They are all rearranging from the roads to the river. Jackknife Creek in Southeast Idaho is the poster child for this evolution. It’s where everything is considered when everyone works together to restore hope. (USA, 2012, 14 min)