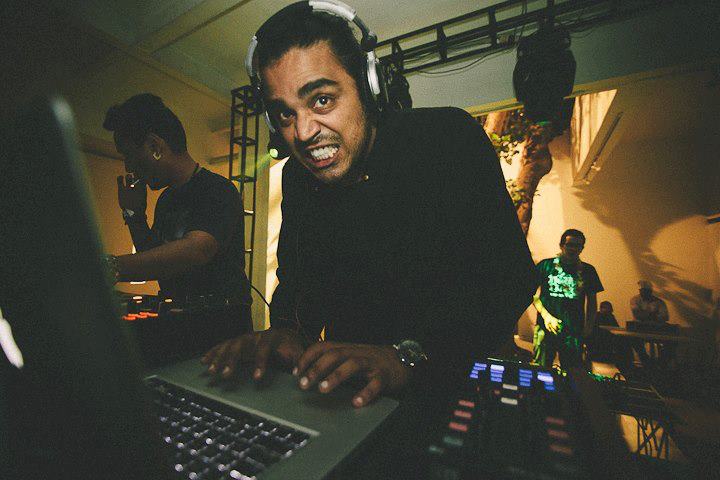 Tarqeeb (Translation: Plan) is Ashish Jose. A seeker of hedonism through rhythm, philanthropy through music-making, he formed his moniker in the summer of 2012. The idea was always simple–promotion of quality EDM, minus the little labels and the big boxes. The only constants remain deep, groovy bass-lines, dark atmospheres and a trajectory that ultimately crescendos into high energy dance music. Coming from a Metal (bassist) and Psychedelic trance background, his sets innately include a generous dose of live sampling, layering and an overall vibe that could be defined as ‘eclectic.’

If asked for a self-description, Tarqeeb tends to turn to one of his major musical inspirations, DnB producer Alix Perez’s words of wisdom: “I play generally deep but dip into various aspects of drum & bass. I like to read the crowd and let the music breathe. I find mixing in the right musical keys essential. I basically see it as a journey.”

Still in its nascent stage, Tarqeeb has already given people a reason to move on dance floors around the country. From NH7 Weekender Pune to Bass Camp Festival Delhi and Indian Surf Festival Orissa he’s enjoyed playing alongside headliners like London Elektricity, Dub Phizix, Koan Sound, Nanci & Phoebe as well as his peers from India’s own burgeoning music scene such as BBC, Ox7gen, Sandunes, Reggae Rajahs, Vice Versa and BASS Foundation to name a few.

More recently , his project has also tied up with the Lightbenders from OLE India introducing interactive light visuals for his sets, which focus on creating a complete interactive audio-visual experience with the audience.